Part I – The Complete Guide to Thyroid Health: Definition and Common Causes

Hypothyroidism is a condition of the thyroid gland which results in the underproduction of crucial hormones causing weight gain, fatigue, pain and other life-altering symptoms. Thyroid disease is the #1 endocrine disorder in the United States effecting an estimated 27 million Americans. To provide some perspective, Diabetes only effects about 16 million.  More than 12% of the US population could develop a thyroid condition during their lifetime with the majority of these cases being hypothyroidism. Of those affected, 80% of thyroid conditions occur in women and 80% of those conditions are diagnosable as hypothyroidism.

Hypothyroidism most commonly stems from autoimmune disorders that can be triggered by the following:

Leaky gut is a condition in which holes in your intestines allow food and bile to leak into other body cavities. In order to clean up and prevent infection, the body produces white blood cells and sends them to the affected area. Over time, this creates a hyperactive immune system which produces white bloods cells not only to defend you from possible infections, but to target the leaky gut and potentially causing food sensitivities.

Another common culprit of autoimmune disorders is dysbiosis, or the overgrowth of bad bacteria and undergrowth of good bacteria in the stomach. This happens most often from the over use of antibiotics. Some bacterial strains are present at birth, inherited from our mothers.  If antibiotics are administered too soon in early delicate stages of gut development, this good bacteria could be destroyed, in which case it will need to be replaced. The problem is, replacing this food bacteria can be challenging, and many people never even realize they are missing it.

Your thyroid problem could also be stemming from improperly converting hormones. The conversion of Thyroxine (T4) and Triiodothyronine (T3) hormones happens in the liver. If you are missing or deficient in a co-factor, vitamin, mineral or enzyme, then your liver may not function optimally and won’t be able to convert 100% of the T3 and T4 hormones in your body. This can cause symptoms like fatigue and a general sense of illness which may be difficult to diagnose without testing T3 and T4 levels.

Selenium is a great example of a nutrient that could be missing that is affecting your thyroid hormones.  It is used by key enzymes involved in pathways that the body uses to make and use thyroid hormones. It is also used by the immune system to stay healthy. Research says there is a link between selenium deficiencies and autoimmune thyroid problems. Here are some foods high in selenium:

Recent breakthroughs in genetic research have changed the way we understand the role and function of genes in not only how we look but how we feel. While some diseases are caused 100% by genetic markers, others may not be so cut and dry. If a parent or close relative has been diagnosed or suspects thyroiditis and you are experience any symptoms generally associated with a thyroid condition, it is worth exploring the possibility that you may have inherited a genetic thyroid condition.

It’s no secret that stress can have a negative impact on your physical health. Years of research support that elevated levels of cortisol, a hormone produced during times of stress, can wreak havoc on your body and causes symptoms such as weight gain and fatigue. Prolonged elevated cortisol levels can weaken the body to a point where it may not be able to recover without intervention. If you are dealing with chronic stress, it is advised that you seek professional counseling to address the cause of your stress and get your body back on a healthy path.

Damage to the nervous system can cause physical stress, which may be another cause of thyroid conditions. Injuries sustained from car accidents, prolonged spinal misalignment, childbirth and strenuous exercise can cause lasting damage to the spinal cord and nerves which can weaken the body’s ability to function and heal. If you want to heal and recover properly, it is recommended that you schedule x-ray imaging to identify potential spinal cord injuries or nerve damage.

If your blood work is normal, the problem may not be hormone deficiency, but rather their ability to  reach the cell. Receptors on the cell can be destroyed or clogged by toxins. If you don’t repair the receptor or unclog it, then you will never feel or get better.

The most common cause of inflammation & thyroid issues are related to the toxins and synthetic chemicals introduced to our food supply over the last 75 years. In 2009, the CDC report on Human Exposure to Environmental Chemicals showed measured an average 219 chemicals in people’s blood or urine, 75 of which had never been seen in the human body before.

Douglas M. Costle, Administrator of the EPA, has this to say:

“Of all of man’s interventions in the natural order, none is accelerating quite so alarmingly as the creation of chemical compounds. There is, however, a price to pay for an industrial society that has come to rely so heavily on chemicals. Almost 35,000 of those used in the USA are classified by the Environmental Protection Agency (EPA) as being either definitely or potentially hazardous to human health.”

Toxins can cause inflammation of the cell membrane and interfere with thyroid receptors. Certain toxins can even bind to these receptors and block hormones, triggering an autoimmune response.

As you can see, there are many causes of thyroid conditions. This can be quite alarming when you consider the modern American lifestyle, rife with stressed out, overworked citizens turning to late night TV dinners and fast food packed with toxic engineered chemicals. It’s no wonder the rate of thyroid disorders in Americans is so prevalent. 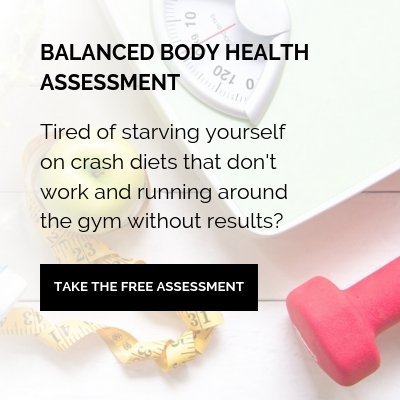 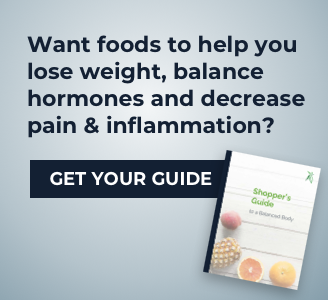 Results will vary based on each patient’s physical health, family history, diet, exercise and adherence to the Align Weight Loss & Body Balancing Program. Nothing herein should be interpreted as implying medical treatment, diagnosis, cure or prevention of any disease. See the Terms of Service and Privacy Policy for more information.